skip to main | skip to sidebar

On the first Sunday of May, in Portugal, we celebrate Mother's Day. A lot of kisses for all Comenius'Mothers.

They say that in the Easter Friday , when our Lord was on the cross suffering for our sins, in Jerusalem it came a woman who brought to somebody a basket full of eggs.

While she was walking in the town, she heard that Our Lord, was senteced to death and was cruciffied on the hill of Golgota.

When the woman heard this shaking news, her heart sufferred a huge pain.
Our Lord had passed through her village once and had healed her son who was suffering from a huge desease.
Just like she was, carring her basket full of eggs, she ran in a soul to Golgota.
When she arrived, she saw Our Lord crucified, and the soldiers staying there defending Him.
Big drops of blood were flowing from His hands and His feet, falling down on the ground, near his cross.

The woman put down her basket full of eggs, near the cross, and and start praying while she was crying, and said:
Lord, Your Hands which only did good things, Your feet, which walked only to do good things, look Lord, they stabbed them. You who were the benefactor of my child, how is it possible that they cruciffied You, You who only made good things to the world. O, My Lord, You are now leaving us. We pray You to forgive us and leave us a sign, so we can always remember what you have suffered for us.

When the woman stand up, all the eggs from the basket were red from the blood that sprinkled them flowing from the wounds of the lord.
The woman never went back to her house, she remained there in Jerusalem. In the reviving morning she, together with other women and the Apostles, went to the Lord,s grave, which they found it empty and then they say to each other: “The Lord has revived.” Happy because of the light of the reviving, the woman said to everybody about the red eggs in her basket, which were a sign from the Lord.
Her eyes sparkling of joy, she was delivering eggs to everybody, telling them that The Lord Has Revived.
Every year since then, in the Easter Friday, that faithful woman, was making a basket full of eggs in the memory of the crucifying and the reviving of the Lord. She was giving them to the children and to the poor people, telling them about the things that the Lord had to suffer for us.
After that she was telling them to clinck the eggs in the memory of the opening of the grave, which simbolises the reviving of the Christ.
This custom, with the painted eggs, remained from this faithful woman.
The eggs are offerred to the others in the memory of the reviving of the Lord.
Posted by Comenius2008 at 06:02 No comments: 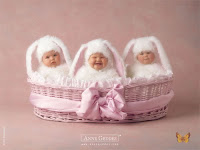 We wish you a Happy Easter,with a lot of chocolats!
Hum...mham...mnham...

Kisses from a portuguese team. 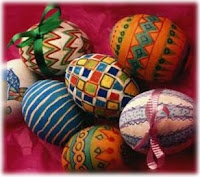 Today is Father's Day in Portugal.

In our preschool ,we have prepared a big surprise to all our Fathers!

We love our dear dads so much !

A lot of hugs and kisses for all!


This is our Comenius Project blog. Under the slogan "Nature our Friend" we gathered a group of interesting and interested people. We belong to five pre-schools from different, but all very beautiful, places: Portugal - Manteigas; Sweden - Kristianstad; Slovenia- Vodice, Lithuania - Siauliai and Romania - Onesti.
In this blog you can find all the activities we are going to develop in the project.